We use cookies on our website. They help us get to know you a little and how you use our website. This helps us provide a more valuable and tailored experience for you and others.

You can revoke cookies at anytime at the bottom of the page.

The mission of VFSE is to represent and defend the interests of the European suppliers of plastics sheets and foils by carrying out scientific and economic studies, initiating common action concerning environment and recycling issues and promoting international collaboration within the framework of the European Union. To ensure the best possible cooperation, a strong link with Vinyl Plus and Recovinyl on all PVC film recycling and communications activities has been established.

"I am pleased to head VFSE to advance the interests of European plastics sheets and foils manufacturers,” states Roberto Bozzi, VFSE President. “Deepening collaboration across borders, furthering the industry's scientific advancement and ensuring long-term sustainability are at the heart of VFSE's efforts.” The website will serve as platform to access latest industry news and latest studies on vinyl sheets and films.

A press picture (screenshot) of the new home page is available below. For more information about VFSE please contact Maria Estela Izquierdo at PCE: Maria.Estela.Izquierdo@pceu.eu 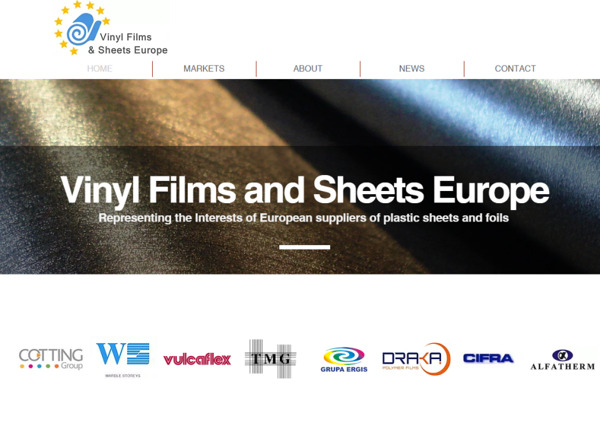 Vinyl Films & Sheets Europe (VFSE) was formed in 2016 by the merger of three organizations: EATS (European Automotive Trim Suppliers), EDEFA (European Decorative Foils Association) and EPFMA (European PVC Films Manufacturers Association). The mission of VFSE is to represent and defend the interests of the European suppliers of plastics sheets and foils by carrying out scientific and economic studies and initiating common action concerning environment and recycling issues.